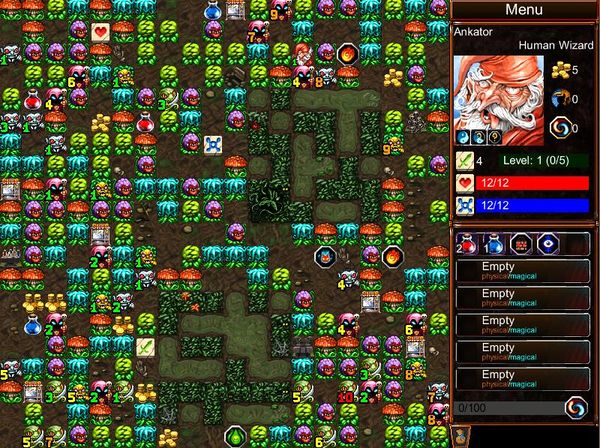 Monsters: Gorgons, Vampires, Warlocks, and Naga. Additionally, the dungeon is mostly filled with plants of all types, including barbing bushes.

There are 2 quests in ick swamp, Ick! and Way of the Open Fist (part 2). For completion of Ick! you gain 250 gold. All you have to do is beat the dungeon. Way of the Open Fist (part 2) requires you to beat the dungeon as a monk without preparations and grants you 350 gold. This requires quite a bit more luck than normal, as you must find an Altar to Taurog asap. Find Taurog and then convert all of the glyphs you've found so far for extra base damage and take the sword. Regen fight monsters (except naga) until you are level 8. Make sure you have extra tiles as you are going to need them. Start off with potions, then tiles until you can kill him in 3 shots (or 4 if you have 2 altars you can afford to desecrate), then use unstoppable furies for the kill. This will take many tires so try not to get frustrated.