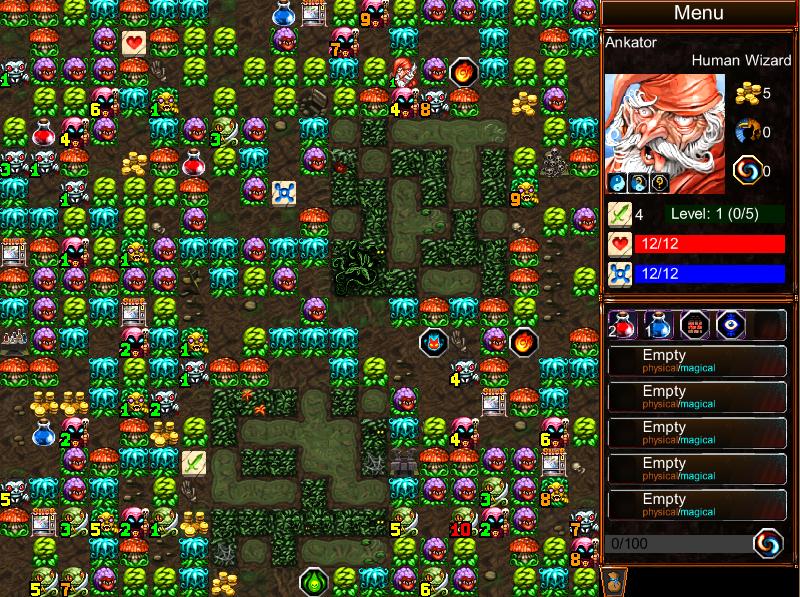 Monsters: Gorgons, Vampires, Warlocks, and Naga. Additionally, the dungeon is mostly filled with plants of all types (except barbing bushes)