Difference between revisions of "Namtar's Lair"

Namtar's Lair is a Vicious level dungeon located in the East. It is unlocked by completing Dancing Blades.

Bosses: The boss of the dungeon, Namtar, has six forms. Each form must be defeated in succession to win the dungeon. Once Namtar's first form is defeated on the main map, he revives and must be defeated again. After that, his corpse becomes an item that must be picked up and carried into the actual lair subdungeon. The staircase leading into the lair is only usable after Namtar's corpse has been picked up. The lair has four levels, and Namtar revives in each level and must be defeated anew, until on the fourth lair level he can be finally defeated. His abilities and stats change from form to form.

Special: When you enter the lair - or descend into a deeper level - you may no longer return to the main map, or any previous lair levels. The first three lair levels have a moderate amount of black tiles that allow a decent amount of regeneration and may even be used to Regen-fight some of the low damage dealing forms of Namtar. Each of these levels also host 3 low-mid level Imps in addition to Namtar's next form. The fourth lair level is very small and hosts no other monsters except for the final form of Namtar. Furthermore, after defeating the 3rd, 4th and 5th form of Namtar, the player receives a penalty that includes several malevolent effects like base damage reduction, maximum Health reduction, maximum Mana reduction and Resistance wipe.

Namtar's forms have different abilities, therefor more flexible characters will generally fare better. Reliance on a specific tactic will require the proper preparation (for example, to maintain the Warlord's ability to cast CYDSTEPP, Mystara or the Elven Boots are recommended to offset the Mana reduction penalties), or will be impossible after a certain point (i.e. reliance on Resistances).

There are no quests associated with this dungeon. However, upon completion the player is rewarded with 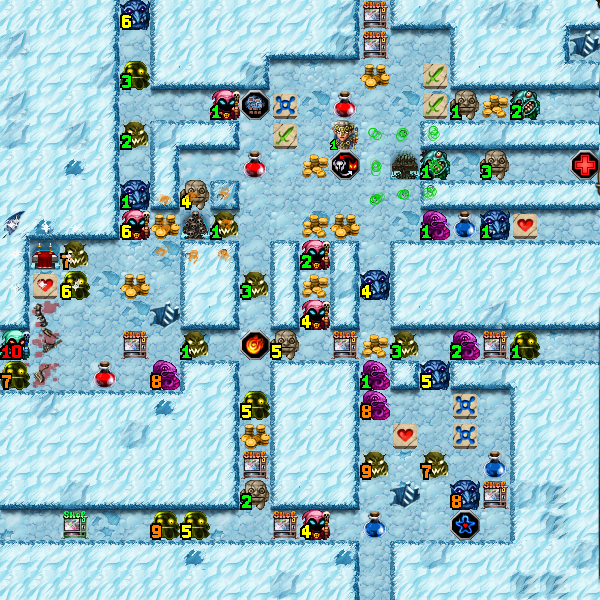